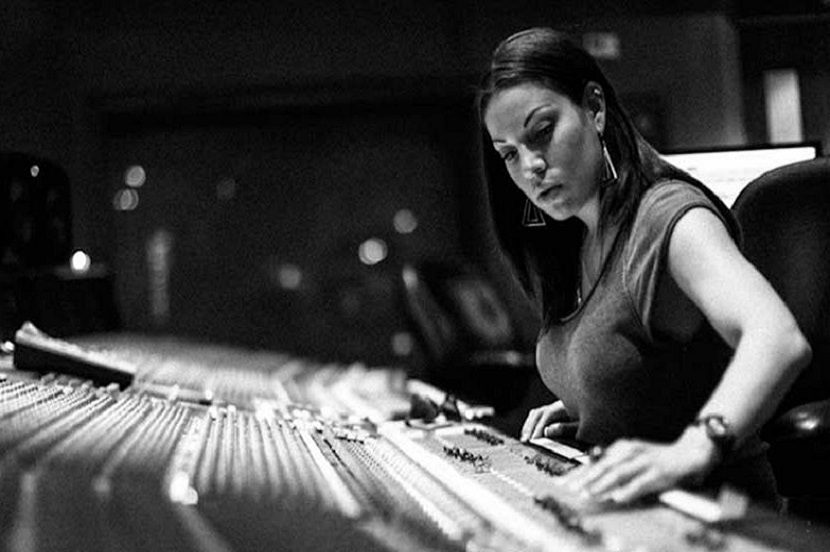 #metoo shows us clearly that some men have been taking advantage of their situations in power, especially in the music industry.
Noisy Girls recently took a little trip to The Barbican in London to see the film ‘Play Your Gender’ which is a film inspired by the fact that only 5% of music producers are women. It was part of the Doc n’ Roll Festival and I want to thank the (mostly female – yay!) organisers for their warm welcome and hard work.
Shocking fact from the film:
If a woman is in a room with 3 men she immediately suffers increased anxiety – is this a state most women are in when they are in the studio? Probably? Nope, it’s actually closer to most definitely.
This fact alone shows that we really need more women in music production and in many other roles in the music industry (and beyond!) – to ensure women are not just expressing a male narrative – most songwriters, session musicians, sound engineers, music PR, A&R…etc… are male. The film illustrated this perfectly – with animated pictures. Whoop!
NoisyGirls has a purpose – to ensure women in the music industry and beyond are treated with utmost respect and have equal opportunities. It’s a humble beginning and we officially launch on Thursday the 23rd November 2017, but it is a beginning and an encouraging environment for women in the music industry to grow in confidence, whether they are behind or in front of the mixing desk.
There was a fabulous Q&A session following the engaging, informative and utterly inspiring movie.
One of the points we picked up on from the experts was that women don’t tend to be as confident in terms of applying for funding for musical projects which leads to decreased numbers of applications. PRS actually set up funding especially for female musicians in response to the lack of applications from women. http://prsfoundation.com/funding/women-make-music-2/  In addition, women tend to go for the jobs they know they can do when their male counterparts are more likely to have the confidence to apply for jobs that are seemingly a little out of reach. Women also don’t ask for as much money.
The second memorable point was about rejection. The women on the panel who have become successful in their fields encouraged us all to take rejection as a given, get used to it and continue forging on in the direction we want to take, determined to succeed.

A wonderful evening well spent. Thanks Doc n’ Roll and everyone involved in the screening of ‘Play Your Gender’. Here’s the info sheet for your reading pleasure. 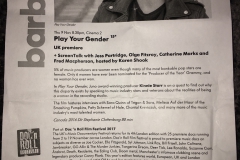